Say Thank You to Employees

Say Thank You to Employees:

Gifts and parties are always a nice touch when wanting to say “thank you” to employees. It is always appreciated. However, the most meaningful way to say thank you and show appreciation to a hard-working, loyal staff is to listen to them and respond when they have ideas, complaints and personal struggles. Here are some ways to show gratitude to employees throughout the year.

A fabulous example of leadership listening to the ideas of their employees is when former PepsiCo CEO, Roger Enrico, sent out a video to the corporation’s thousands of employees. Enrico suggested the employees should “take ownership of the company.” Janitor, Richard Montanez, heeded the call. He pitched Enrico an idea for a new product that he created by dusting the company’s popular Cheetos with chili powder instead of the usual cheese powder. Enrico loved the idea and Flamin’ Hot Cheetos was born. These Cheetos quickly became a top seller and Montanez is now a marketing executive worth millions. Even though Montanez was considered “only a janitor,” Enrico treated his idea with respect. Now Montanez is one of the company’s most enthusiastic ambassadors.

Two Audi maintenance workers realized the ventilation system in the building ran overnight even though no one was present. They suggested switching the ventilators off after 10 pm. This simple act saves Audi $122,000 every year. Due to this, Audi created an employee suggestion program that encourages their workers to find and correct waste in their own area. This program has saved Audi over $40 million in 2017. Employees who save the company money even win a financial reward.

Managers who truly get to know their employees understand that occasionally some extra time off is required, an alternative schedule must be created, or the ability to work from home is needed. Companies, large and small, are agreeing to flex hours for their employees. Not only does this accommodation help keep current employees, but it is also a great perk for recruiting and attracting new hires.

Reward Them for Good Deed

A 17 year old Hardee’s employee was presented with a $1,000 check from the company. Hardee’s offered this reward to their employee simply because the young man offered his arm to an elderly customer who was using a cane as she walked to her car. Allowing employees to react according to their own conscience and then rewarding them when they do encourages more helpful behavior. The company also benefits from any positive, public press.

No matter how a company shows employee appreciation, it is important to remember that it should be done throughout the year. 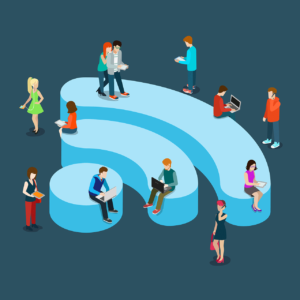